For those of you who know me, I’m a huge fan and user of Slack; both the company and the product. Here are some things that Slack has done and continues to do right:

It’s these six things that make Slack a company and product to admire. There are so many companies trying to take on Slack and there are some other products that do what Slack does. Bottom line is that they are not Slack the company and Slack the product.

I expect in the forthcoming weeks, to see other companies announcing products to challenge Slack’s dominance and I’m looking forward to seeing how those new products align with the six things I outlined above, if at all.

I’m happy to announce that I have been hired by Lynda.com to author a video series entitled “Up and Running with IBM Connections”.  I have been collaborating with IBM’s Luis Benitez on this effort and he has been great to work with. My producer at Lynda, Jonathan Sears is awesome as well. I have to say that the experience has been amazing. A huge hat tip also to my friend Jess Stratton for hooking me up with Lynda.com and for being an amazing coach and resource. Stay tuned.

RandomUser is an API that provides you with a randomly generated user. These users can be used as placeholders in web mockups, and will save you time from creating your own placeholder information.

Adaptive Backgrounds – a jQuery plugin to extract dominant colors from <img> tags and apply them to their parent.

Hat tip to Thomas Gumz for this.

Emmet (previously known as Zen Coding) is a web-developer’s toolkit that can greatly improve your HTML & CSS workflow. Basically, most text editors out there allow you to store and re-use commonly used code chunks, called “snippets”. While snippets are a good way to boost your productivity, all implementations have common pitfalls: you have to define the snippet first and you can’t extend them in runtime.

Emmet takes the snippets idea to a whole new level: you can type CSS-like expressions that can be dynamically parsed, and produce output depending on what you type in the abbreviation. Emmet is developed and optimised for web-developers whose workflow depends on HTML/XML and CSS, but can be used with programming languages too.

Chris Coyier of CSS-Tricks.com has a great video screencast on how to use Emmet when coding HTML and CSS:

Now can you imagine having a tool like this for IBM’s XPages?

It’s not secret that I do a lot of work lately with HTML/CSS, PHP, JavaScript and MySQL since my career at Clark College began a year ago. For years, make that decades I was spooled by the IBM Notes/Domino database templating feature. In the world of outside of Notes/Domino, you tend to work with a boatload of individual files when coding websites and web apps. A few months ago I came across the “Structurer” app from Nettuts+ which is the perfect tool for file based “templating”.

At the end of 2010, we released an exclusive Mac utility app, called Structurer. This app allows you to rapidly create file/folder structures for your new projects. Less than a month later, the developer, Cesar Tessarin, is back with a much improved version which now provides support for template creation, as well as assigning custom content automatically to newly created files. It’s fantastic, and, even better, 100% free to all of our readers!

Update: Hat tip to Jino Conklin for showing me Structurer in class earlier this quarter. 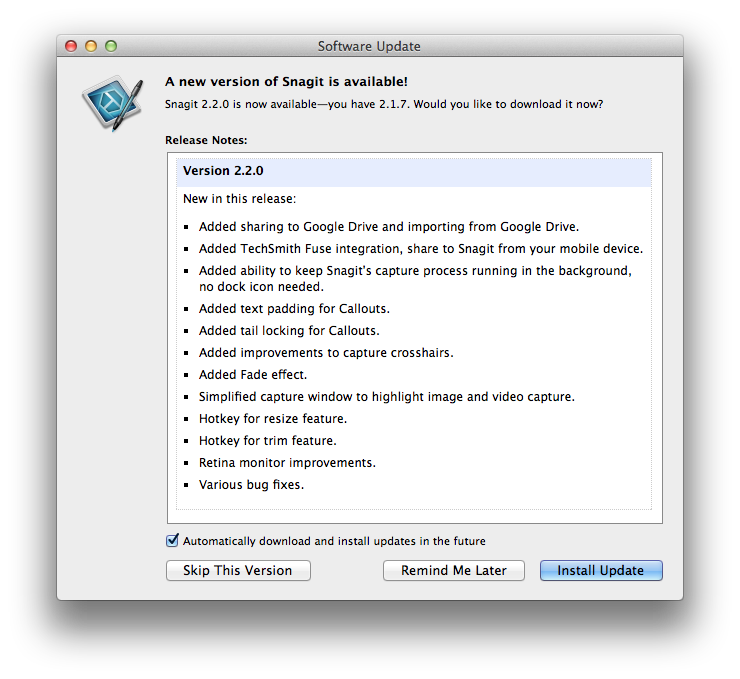 Snagit has been my “go to” app for on OS X for all things screen capture. This update adds some nice features that I have been asking for. Snagit in combination with Camtasia 2 for screencasts are the most used tools now in my “educators toolbox”.

Learn more about how Bruce can help you and your company