The one thing I absolutely love about my job as an instructor is the ability to share my experiences working in corporate America, starting an open source community for IBM, producing a podcast with 177 episodes, owning a successful software startup and being involved with social media since 2001. I have seen and experienced it all. The good, bad and ugly. Sharing these experiences resonates with students and colleagues.

Thank you to all of you who have been part of my journey.

Classes I am teaching:

Last night at the Clark College Commencement ceremony I was recognized for receiving the “Exceptional Faculty Award”. There are 5 professors who received this award for the 2017/2018 academic year. There are over 600 faculty members at the college. I am very honored to have received this distinguished award. I want to thank my wife Gayle  Elgort for all her love and support. I’m also extremely grateful to the students who nominated me for this distinguished honor.

If there is one word to describe computer technology instructor Bruce Elgort, it is probably “connected.” He stays connected to his students through email, social media, and online tools. “Never in the history of teaching has a professor been more available to his students,” raved one student in their nomination.

Elgort is also connected to local industry through his long career in tech, which includes high-level positions at major companies like Sharp and Underwriters Laboratories, as well as launching his own successful software company. And he creates connections in his community, regularly attending (and sometimes speaking at) conferences and inviting others to come with him. “I can’t count the number of events I’ve attended because Bruce posted something on Slack or Facebook—or gave me a digital nudge saying, ‘You should go to this!’” wrote another student.

Small wonder, then, that Elgort has gathered a significant fanbase at Clark since beginning to teach here in 2012. Indeed, this is his second time winning an Exceptional Faculty Award at the college; the first time was in 2013. Elgort says that, since then, he’s become involved in numerous Clark committees and initiatives. In other words, he’s become more, well, connected to Clark—and clearly Clark is all the stronger for it.

Tickets for VanTalks 2018 are now on sale! You may remember that I was a speaker at last years sold out event. The event takes place at the Kiggins Theater on Thursday, May 31st at 6:30 PM. I will see you there! You can buy your tickets http://vantalks.org

Congratulations to my friend, mentor, and colleague Dr. Tim Cook who has been selected as the new President of Clackamas Community College. Tim has served Clark College as Vice President of Instruction, and it was in this role that I got to meet and work with him.

I will remember all of the support Tim provided to me as a new instructor, his thoughtful and encouraging feedback on projects I have worked on and, for also making it a point to come and sit in on my classes.

I wish Tim the best of luck in his new role and know that we will miss him here at Clark College.

Today I completed my fifteenth Microsoft Certified Technology Associate (MTA) exam. The exam was “Introduction to Programming Using Java (Exam 98-388). The exam focused on the following:

Here is a list of the MTA’s that I have completed: 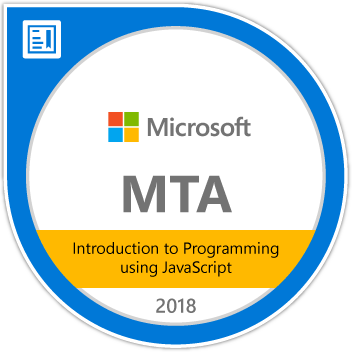 The Block-Based Programming Exam focussed on: 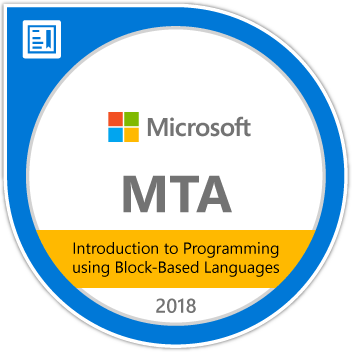 Here is a list of the MTA’s that I have completed: